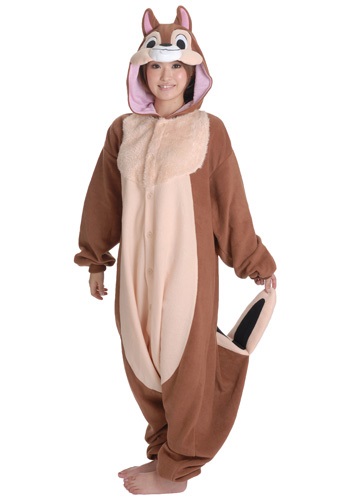 It’s a tragic truth that, sometimes, some crimes go slipping through the cracks. They can be difficult to solve from even the most skilled of investigators. Fortunately, there are a couple gumshoes that are ready to pick up the slack where the conventional law enforcement agencies falter. Now, the thing about these guys is that they’re a little unusual. A bit small. Basically chipmunks among the rest of their elite brethren. In fact, not even basically. They’re literally chipmunks but, at least, there is no case to big or small for them. Any trouble, you can just call out for the Rescue Rangers!

Of course, that’s a bit of a fictional world solution to problems. Even if you could get a hold of Chip or Dale, you’d run into a few problems. It is doubtful that they speak any language that we’re familiar with and we’ve yet to figure out a sort of ‘squeak translator’ that would help even that out. So, we have to dream up some way to communicate with these rodent geniuses so we can solve so man problems that plague our world!

But… dream might be the exact solution we’re looking for! The unconscious mind can tackle all sorts of amazing things. If only we could chat with them through some kind of oneiromantic rite!? Of course! First step is for you to hop into these super comfortable Chip Pajamas. Officially licensed and made of the most comfortable brown and tan fleece that you’ve ever seen, this character hood pajamas will channel the clever heroics of Chip, himself, and may give you the best dreams of your life. And, even if they don’t, they’ll at least give you a freaking adorable nap!