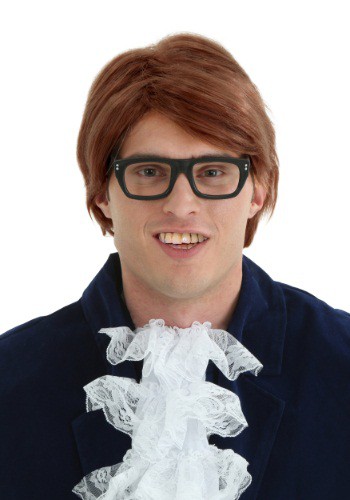 A lot of folks think 1960s style was all about hippies - big beards, tie-dye shirts, and a general unkempt appearance. Before the hippies, though, there were the mods. The mods were just as outlandish, but a lot more put together (and generally also a lot more British). Mod gear was all about looking sharp and making a splash, with tailored suits, flashy colors, and snappy hairstyles. It was kind of the flip side of the later hippie look, a way to freak out the squares while still putting a whole lot of effort into your wardrobe.

Lucky for you, you can take a shortcut to the mod look with this fab wig. Made with a sweep of styled, synthetic hair with an interior mesh net, it’s an instant in-road to the swingin’ ‘60s. Whether you’re dressing up like your favorite rocker, a certain movie super-spy (behave!), or creating a character all your own, all you need is some swanky glad rags, a retro hipster attitude, and a halfway decent English accent and you’re well on your way to being a bang-up blast from the past. And all the better, you can look down your nose at all those slackers in their hippie gear.