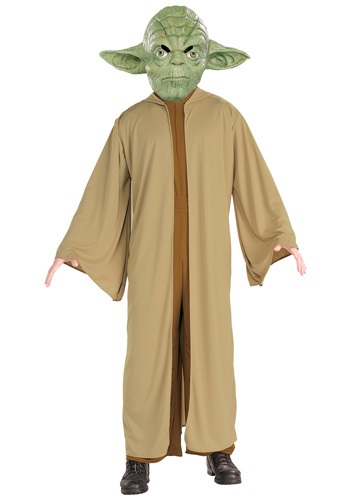 Luckily--at least for humans like us who still dream of becoming a Jedi master--you don't have to be 900 years old to learn the ways of the Force. And you don't even have to be a big guy, because Jedi come in all shapes, sizes, and colors! But if we could spend a day inside the green skin of just one of our Star Wars heroes, it might be Master Yoda. Because he may need a walking stick to get around, but he swings a lightsaber with the speed and agility of a youngling!

And we have so many questions for him. Like what species does he belong to, and where did the rest of them go? Does he think in his native language, and what does it sound like? Do his words come to him out of order, or does he scramble them before he speaks? What does he like to do when he's not teaching at the Jedi temple or attending meetings of the High Council? Also, can we have his autograph?

Unfortunately, there's only one Yoda: and he lived a long time ago, in a galaxy far, far away. But the next best thing is this awesome Kid's Yoda Costume, which gives padawan learners the chance to imagine what secrets a lifetime spent contemplating the Force might reveal. And you don't even have to make a detour to the Dagobah system to get it!