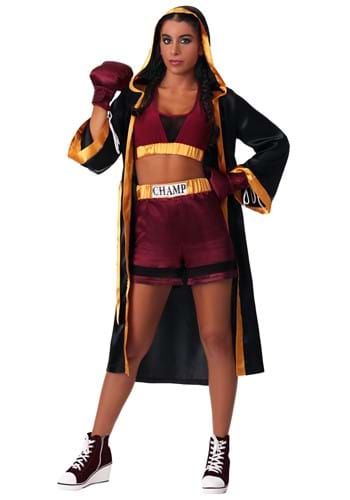 Just think what it takes to be considered the world's most dangerous woman. Someone who is going to be able to step up, raise your dukes, and go undefeated in countless rounds as you take down every opponent. That's what it took for Lucia Rijker to close off her career as a boxer undefeated, even coming out of retirement (after starring as a Romulan in Star Trek, of all things) to prove that she still had the stuff to make everyone shake with fright and excitement in equal measure!

Sure, it's pretty tough to become as epic as this Netherlands star, but that doesn't mean that you can't rise up through the ranks and prove yourself every bit a threat. Perhaps you can even draw her and the woman who legitimized the sport to come out of retirement again and defend their titles! Now, if you're going to be a mighty boxer, there are a few things that you need to do first. And, naturally, it begins with having the right attitude and style!

You can't win the championship belt if you don't have the boxer look to start with. Our team of fanatic designers are your Mickey Goldmill and have this exclusive Tough Boxer Costume to get you in full-trained style. This outfit features a matching pair of gold and maroon shorts and a bra top. Each have black mesh for that breathable look and the shorts have "CHAMP" printed along the gold waistband. The boxer's robe matches the color scheme and has wide arms after the elbow and an oversized satin hood. Don't forget your gloves with their stuffed boxing shape and interior white laces. The champion belt? Well, that you'll have to earn on your own!

Once you've got your style down pat, you'll have to worry about your form, moves, and all that other boxing stuff! We'll be cheering you on from the stands. At least we'll know just how to recognize you in this high-quality boxing look!