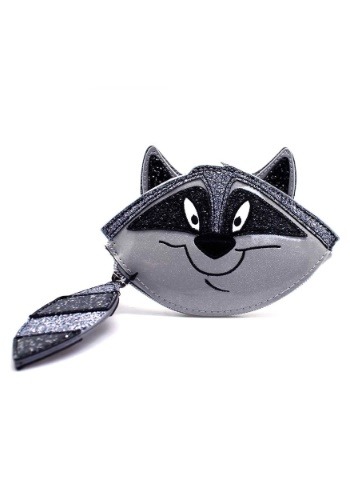 The Meeko Shall Inherit

Congrats on choosing on the best ever Disney characters of all time as your Halloween costume: Pocahontas! She's strong, she's brave, she's beautiful, and she's got the best ever Disney animal sidekick: Meeko! But...hmmmm...this does pose a bit of dilemma for your Halloween outings, doesn't it? If you want to bring Meeko along, you either need to procure and train a pet raccoon (which we really, really don't advise) or you'll need another way to take your pal in tow.

Disney teamed up with designer Danielle Nicole to craft a line of loveable purses—like this one—that fans like you will love! This bag is both adorable and elegant, with its subtle sparkle, Meeko-inspired shape and design, and cute raccoon-tail zipper accent.

You Can Own The Earth and Still...

...all you'll own is Earth until—you also own this cute coin purse. OK, that's not really the point of that song, but you're dressed as Pocahontas, you have little Meeko by your side, and you can make the rules tonight!

Size Chart
ST
Inches
Centimeters
Questions & Answers
There are no questions for this item yet. Be the first to ask a question!
Ask a Question