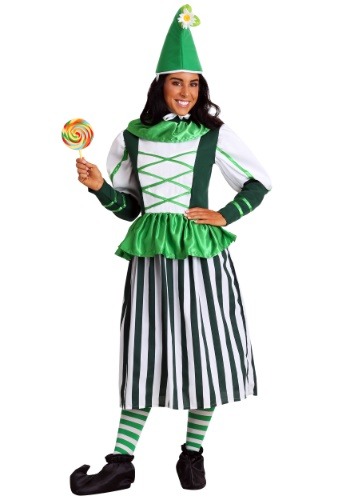 As mayor of Munchkin City, in the County of the Land of Oz, I welcome you most regally, but we’ve got to verify it legally, to see.

Munchkin Mayor: If she…

The Munchkins were a by-the-book people. Even when strangers arrived from another world to save them from the tyranny of an actual witch, they want to make sure everything was above board legally before they celebrated. Which is commendable, I guess.

Besides the officious mayor, living in Munchkin City sounds pretty rad. I mean, it’s no Hobbiton––there’s a lot less smoking of pipeweed, a lot more cavities and diabetes, and a lot more organized musical routines, but you still get to live in a tiny little house with a thatched roof. And who wouldn’t want to grow lollipops in a windowsill garden? You know the Lollipop Guild looks out for its own. Do you know what kind of pensions those guys get? Unions haven’t lost their power to organize in Oz. The forced musical practice doesn’t even sound so bad –– I mean, you get to sing the song you have stuck in your head out loud all day and nobody’s even gonna look at you like you’re crazy. Yeah, life as a munchkin is pretty enviable––just don’t go running into any tornadoes in our Women’s Oz Deluxe Munchkin Costume. It doesn’t work like that.