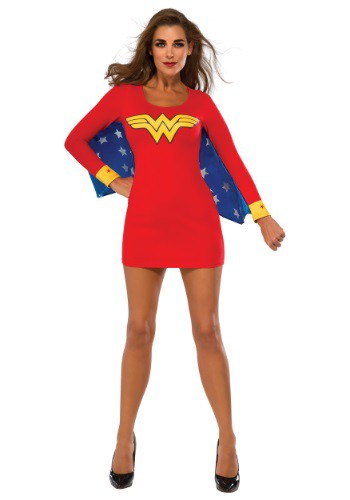 Being a superhero isn’t all it is cracked up to be. There is a trying schedule that you have to keep and it is pretty rare that supervillains are so agreeable that they post their plans online. (Dr. Horrible, aside, but you need to watch his Vlog to keep up with even him.) The others, though? It is almost like they are trying to keep their sinister plans a secret and that makes it near impossible to catch up with them when they are sneaking off to the next phase.

Now, if you’re a Speedster or have some sort of grand teleportation ability, perhaps that isn’t too much of a trouble. But, for the regular wondrous heroes with only godly strength, basic flight speed, and a few magical objects from the mystical island of Themyscira, it isn’t always going to be so easy. And, remember, there is still the ambition to be able to live a somewhat normal life as well! How is a wonder gal to balance that secret life and her villain conquering?

Well, we can help ease the burden by with this Wonder Woman Wings Dress. This seemingly simple red cotton and spandex stretch dress looks great and has the Wonder Woman ‘W’ on the chest, but its true magic is revealed when you raise your arms to take to the sky. Blue satin wings with printed stars spread like covert cape to help you move more aerodynamically through the skies in pursuit of your targets. You might not have super sonic speeds in the air, but these wings will help you soar threw narrow paths and cut your time in half, all without even needing a costume change!