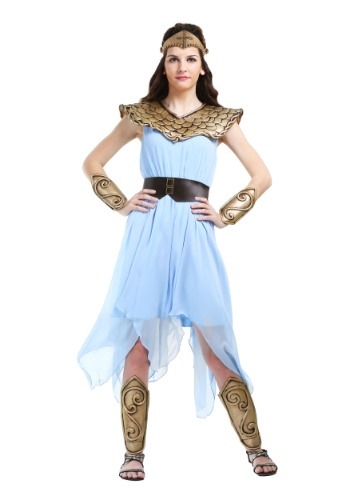 Do you have a knack for a wide variety of activities? Would your friends describe you as independent and strong? Have people named cities after you and erected statues of you in temples that they had also built in your honor? Don't feel bad about saying no to the last one, but if you said yes, please tell us how you got so popular!

The Goddess Athena was the Goddess of all sorts of subjects that are fundamental to our society unlike some of those Olympians, looking at you Dionysus, you lush. She was Goddess of wisdom, war, and diplomacy which seem to weave together quite well. Speaking of weaving, she was so into the craft that when a mortal woman claimed that she was better at weaving than Athena, the Goddess turned her into a spider. Hey, it's a better fate than ending up as Medusa, whose fate she was also responsible for. Those petty reactions were the norm for the gods and goddesses so we can't blame Athena for her attitude, she was a product of Olympian culture after all. In all other ways, she was pure and strong from the very beginning, springing from Zeus's forehead fully grown and in her armor, causing a migraine which still qualifies as the worst headache in the world.

You'll be ready to lay some wisdom down in this gorgeous Athena ensemble. The dress is made with a layer of wispy gauze over a blue slip contrasting nicely with the dramatic shoulder armor. You'll be ready to fight any mythical beasts that come your way. Whether you're heading to a Halloween party or you're shaking up the classic toga party, you're sure to enjoy your new position of power. Everyone just better watch what they say about your weaving skills!